Kokoon Headphones adjust the music you are listening too as you wake up and fall asleep.  These headphones use electroencephalogram (EEG) to detect the electrical activity in your brain and adjust the music accordingly.  You can use them in bed, on a bus, in a train or on the plane to help you relax and fall asleep.  Additionally the Kokoon EEG Headphones and App help you understand your sleeping patterns and give you the ability to measure them over time to track improvement. 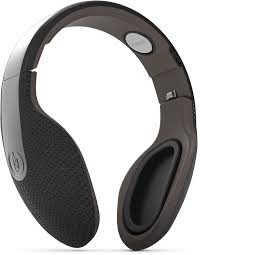 Kokoon Headphones ran a very successful crowdfunding campaign on Kickstarter that raised over $1.9 million from nearly 8,500 backers — and far surpassed its goal of $100,000.  One of the things that helped Kokoon be so successful was its use of social media platforms including Twitter and Facebook.  Kokoon has over 1,000 followers on Twitter and more than 8,000 Likes on Facebook.

Kokoon started promoting its crowdfunding campaign on Facebook in early 2015 which was many months in advance of actually launching it on Kickstarter in May 2015.   It also posted updates nearly every other day as it approached the launch in a countdown format like “38 days. ‪#‎Kickstarter video prep ‪#‎sleep …..” To keep people engaged, the company continues to post updates about its product or other relevant content on Twitter.  For instance, here’s a Tweet from Kokoon “How to #sleep well when #traveling” that included a link to a Huffington Post article titled “How To Sleep Well When Traveling.”

As you consider launching a crowdfunding campaign, you must have your potential backers engaged through social media.  Set up your Twitter, Facebook and LinkedIn accounts well in advance of your launch and start providing updates that are relevant to your idea.  For example, if you were going to crowdfund a project relating to earbud noise cancelling technology, then start Tweeting and posting articles that cover the same subject.  These tweets can be interspersed with updates about your project activities and the timing of your crowdfunding campaign.