Waterjet is a compact cutter that cuts through materials using water pressure.  The water jet was created by Wazer and can cut through materials like glass and metal, provides intricate detail cuts, makes smooth surfaces, and prevents materials from warping from excessive heat.  Waterjet combines abrasive sand-sand like particles called “garnet” with a highly pressurized stream of water to cut through the materials. 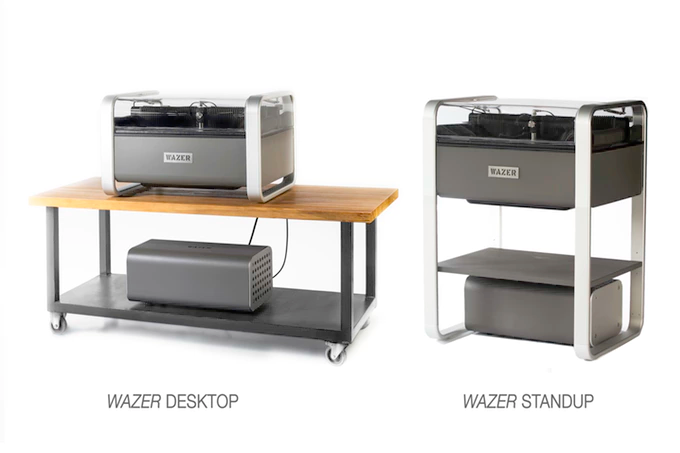 Waterjet for was created by Matthew Nowicki and Nisan Lerea and is the first product being developed by their company named Wazer.  The company says that the water jet is digital, will cut through any material and make precise cuts that are impossible to make any other way.  The Wazer is designed for local manufacturers that need to design custom parts for their projects.

Waterjet Cutter raised more than $300K through a Kickstarter crowdfunding effort for its machine on the first day of the campaign.  The Water Jet Cutter small business commenced crowdfunding in September 12, 2016 and made its fundraising goal of $100,000 on in less than 24 hours.  Since this campaign will be running for another 59 days, expect Wazer to raise significantly more money.

Wazer established reward tiers for its crowdfunding supporters, like:

Wazer is situated in New York City, New York and was started up by Matthew Nowicki and Nisan Lerea in 2016.