Superbook is an accessory for your Android smartphone that allows you to use its computing power and apps on a laptop computer casing.  The super book laptop was created by Andromium and is a personal computer shell that has a large 11.6 inch display screen size, PC QWERTY keyboard and touchpad, a battery life of at least 8 hours and will charge your phone while you are using it.  Superbook laptop case does not come with any computer processor, memory or hard disk storage. 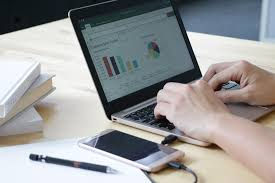 Superbook was created by Y Combinator and Google alumni, including co-founder Andrew Jiang, and it is the first product being developed by their company called Andromium.  The company says that it will make the SDK available to developers so they can modify their apps to work with Andromium powered devices as well.  The Andromium app is available today in the Google Play store as a beta version.

Superbook established different reward levels for its backers that included:

Andronium, makers of the Superbook, is located in San Francisco, California.